At Home In Michigan

While we were back home, drove over to Windsor one Sunday to take Taylour, Cody and Madison out for lunch. Went to our favorite, Swiss Chalet, and then Baskin Robbins for dessert. Dropped the kids off and had time to kill, so decided to drive down to Lakeside Marina and see if Paul and Mary on Winpipe were in the area. We thought they were members of the Yacht Club, so stopped in there first. Then checked out Lakeside Marina, and who was walking by, in full Scottish uniform, but Paul and Mary. He's a world class piper, and had been piping for an anniversary ... how unbelievable that they'd be walking by when we drove up! We had a drink at the restaurant while they went home and changed, and then had dinner aboard Winpipe and enjoyed a fantastic evening! 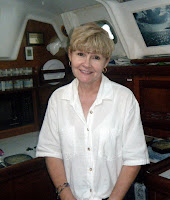 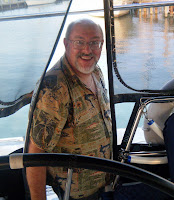 Paul and Mary, thanks for a great evening!!!
Posted by audreypaige at Monday, September 13, 2010